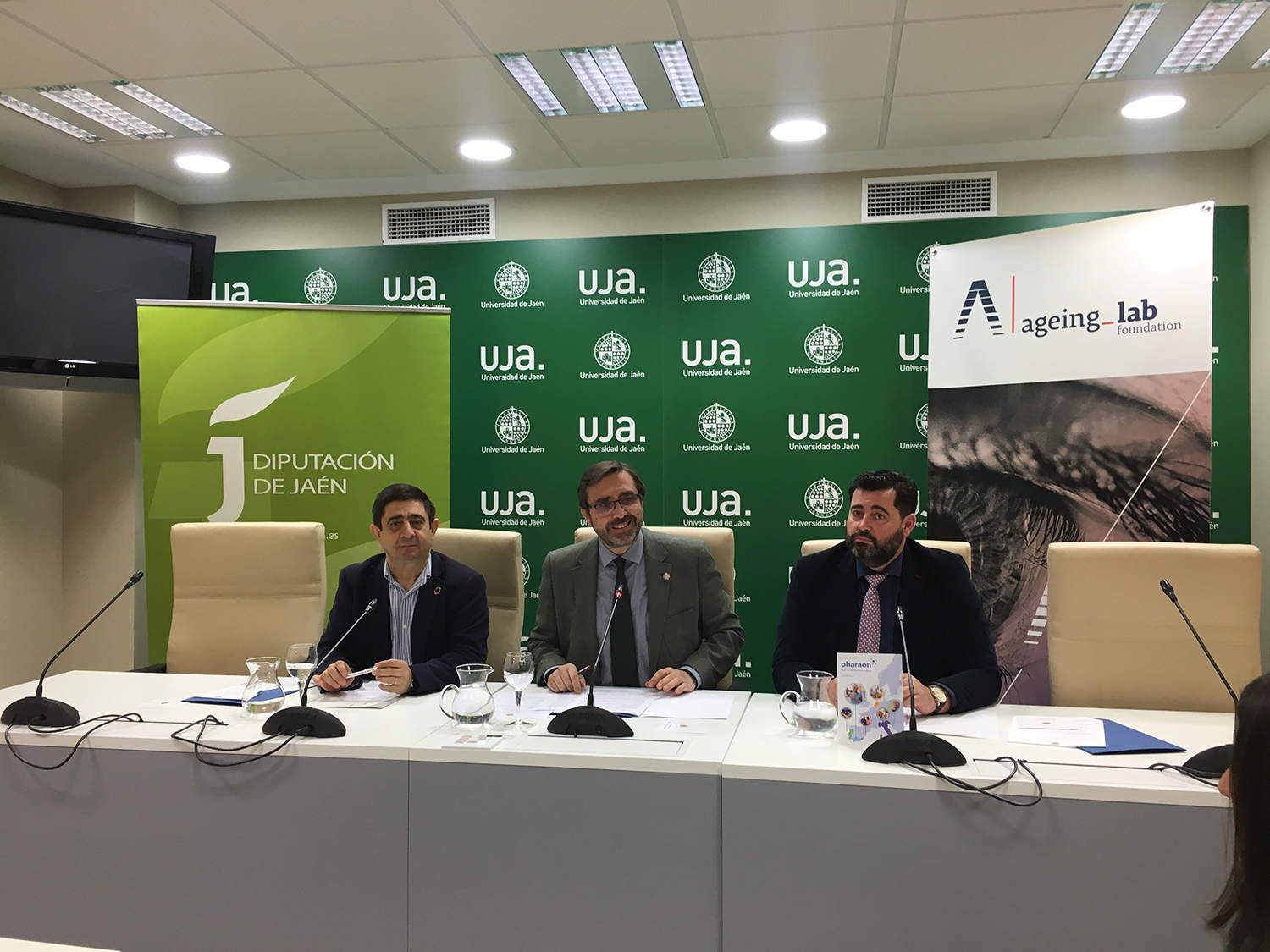 Pharaon was presented to the Spanish public at a press conference on 21 February 2020 by Juan Gómez, Director of the University of Jaen, Francisco Reyes, President of the Diputación Provincial de Jaén and Andrés Rodríguez, Vice-President of Ageing Lab.

These entities – in collaboration with industry partner Minsait (Indra) are the Andalusian Pharaon partners who will carry out pilot tests and trials. In detail, the province of Jaén will implement the Andalusian pilot, focused on promoting social cohesion and preventing isolation and unwanted loneliness, a complex challenge that has not been addressed to date. With a budget of 1,200,000 euros, the promotion of the project in Andalusia and its coordination is being carried out by the Ageing Lab Foundation, together with the consortium formed by the Provincial Council of Jaén, the University of Jaén and Minsait, a company of the Indra company .

Aging Lab and the Diputación Provincial de Jaén will be in charge of highlighting the needs and profiles of people who will participate in this initiative, as well as the development of the pilot in real environments. 500 people over the age of 65 who live at home and are at risk of social isolation and 25 social care professionals will be involved. For its part, the company Minsait will be the provider of the technological platform and the University of Jaén will prevalidate the technology in its artificial intelligence apartment, a laboratory that simulates a real home, in addition to carrying out training tasks for study participants.